Organised by the Hong Kong Trade Development Council (HKTDC), the 14th Hong Kong Electronics Fair (Spring Edition) and the concurrent 14th International ICT Expo drew to a successful close yesterday (16 April). The four-day fairs (13 to 16 April) welcomed more than 94,000 buyers from 138 countries and regions, an increase of 1.4 per cent over the previous year. The number of buyers from mature markets such as Japan and Korea recorded growth, while buyers from emerging markets including the Chinese mainland, Brazil, India and Russia recorded a double-digit percentage increase.

The HKTDC commissioned an independent research agency to conduct surveys on-site, interviewing over 850 buyers and exhibitors to gauge their views on industry prospects. According to the results, more than 80 per cent of respondents expect overall sales to increase or remain steady in 2017. The respondents view North America, Western Europe and Hong Kong to be the most promising traditional markets, while the mainland, ASEAN markets, India and Middle East are seen as having the best prospects among emerging markets.

In terms of market development, the overall HKTDC Export Index rebounded strongly from 33.7 in the fourth quarter of 2016 to 47.1 in the first quarter of 2017. The electronics industry index recorded an even higher reading, jumping from 34.2 to 48.2 during the same period, an indication of exporters’ steadily improving confidence. The electronics industry is Hong Kong’s largest merchandise export earner, accounting for 65 per cent of Hong Kong’s total exports in 2016 with a value of HK$2.35 trillion, up 2.5 per cent year on year.

In terms of product trends, respondents expect electrical and electronic accessories (20%), audio-visual products (12%), home appliances (9%), electronic gaming products (9%) and digital imaging products (9%) to have the best sales growth this year. Among wearable electronics, smart watches (40%) and smart wristbands (29%) are considered to have the biggest growth potential in the next two years, while good prospects are also seen for 3D goggles for playing 3D video games or watching wide-screen 3D films. Among electronics products with smart home applications, system items for wireless and Wi-Fi Internet/mobile connection (70%), wireless charging devices for smart appliances (70%) and audio-visual items with smart functions (68%) are seen to have the best prospects. On average, respondents expect consumers are willing to pay around 18 per cent premium for electronics products and household appliances that are compatible with smart home application.

The Hong Kong Electronics Industry Association is one of the sponsoring organisations of the Hong Kong Electronics Fair (Spring Edition). During the Fair, we have co-organised and participated in different activities included: 2017 Tech Trends Symposium – “The Next Big Thing in Wearable” on 13 April, Joint Media Breakfast Meeting on 14 April and 2017 Tech Trends Symposium – “The New Era of Robotics Disruption” on 15 April 2017. 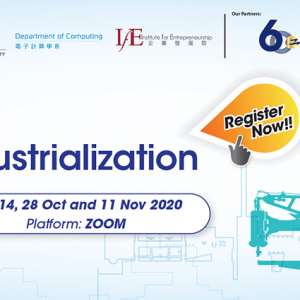 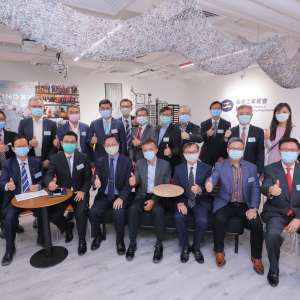 HKEIA and FHKI co-organized a Happy Hour with Secretary for Innovation and Technology, HKSAR